This week’s special guest is Thuc Vu from OhmniLabs. Graduated from Carnegie Mellon with a BS and Stanford with a PhD both in Computer Science, OhmniLabs’ CEO and co-founder Thuc Vu is an expert in Artificial Intelligence and Algorithms.

His ambition is to bring robots into every home to create a positive impact in people’s life. And Kambria – a decentralized AI and Robotics platform – is his next move to bring this goal one step closer to reality.

He previously founded Katango and Tappy which were quickly acquired by Google and Weeby.co, respectively. He also invests in early stage startups and helps grow the ecosystem in Vietnam. Apart from being an entrepreneur, Thuc is also a Research Scientist and Assistant Professor at John Von Neumann Institute of Vietnam National University.

As a way to pay it forward, Thuc co-founded VietSeeds in 2011, a nonprofit organization empowering hundreds of underprivileged students with excellent academic record in Vietnam.

In 2017, he was named as one of the “40 Under 40” of Silicon Valley by the Silicon Valley Business Journal for his tireless effort to bring about a significantly positive impact in the business world.

Henek and his cofounders have learned the ropes of market penetration in China, Singapore, Korea, Malaysia, Indonesia…and through HYPE, they’re helping other companies do the same. Aiming to be an end-to-end, full-suite service, HYPE demystifies the Asian markets while seeking to build long-term partnerships with their clients.

Listen to this episode on iTunes 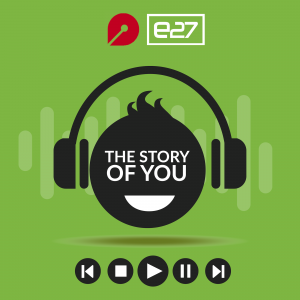 Homage is an online platform that provides on-demand caregiving solutions to the elderly in Singapore.

We sat down with Co-founder and CEO Gillian Tee to ask her about the inspirations behind the company, working in tech in the US vs. Singapore and why she hates the term ‘Silver Tsunami’.

Homage was founded in 2016 by Y-Combinator alumni Tee, Lily Phang, and Tong Duong. The team was motivated to start Homage when they saw a clear and urgent demand for in-home care for the elderly, who currently number more than 450,000 in Singapore’s ageing population.

Tee joined us for a refreshing, honest and fun discussion about one of the more unique startups in Singapore. Enjoy the show!

Subscribe to ‘e27 Podcasts’ here, or wherever you listen to your favourite pods!

Asia VC Cast explores the minds of the experienced venture capitalists and seasoned entrepreneurs to navigate the sophisticated but exciting world of venture capital.

Daniel together with a special guest each week present unique perspective and insights to startup investing & fund-raising across different countries in Asia.

This week’s special guest is Andy Choi from Kakao Ventures. Before coming to Kakao Ventures, Andy was a software engineer across various industries, including high-frequency trading, mobile payments, digital media, and e-commerce.

He was also a researcher in Human-Computer Interaction with awards for high academic achievements, and his areas of focus include computer systems, consumer internet services, and machine learning.

So please join me in welcoming Andy from Kakao Ventures.

As the CEO of PRØHBTD, a leading video production, branding & content marketing studio for the cannabis industry, Drake is uniquely positioned to speak on investment in the cannabis space. As cannabis comes into the mainstream — socially, medically, and legally — investment opportunities abound.

Listen to this episode on iTunes

Asia VC Cast explores the minds of the experienced venture capitalists and seasoned entrepreneurs to navigate the sophisticated but exciting world of venture capital. Daniel together with a special guest each week present unique perspective and insights to startup investing & fund-raising across different countries in Asia.

This week’s episode was recorded live at Token2049 conference in Hong Kong with a special guest, Paul Veradittakit from Pantera Capital. Paul is a Partner at Pantera Capital, the earliest and largest institutional investor in digital currencies and blockchain technologies, managing over US$1B.

Since joining in 2014, Paul has helped to launch the firm’s second venture fund and currency funds, executing over 60 investments. Paul also sits on the board of OpenToken and BitOasis, is a mentor at The House Fund, Boost VC, and Alchemist, and is an advisor to Orchid, Origin, and Icon.

So please join me in welcoming Paul from Pantera Capital.

Could arbitration costs drop to US$20…or even lower? Federico believes that, for many cases, they can. By marrying ancient Athenian jury selection practices with blockchain, Kleros aims to revolutionize and economize dispute resolution for the decentralized age. Today’s episode brings you ancient Greek culture, modern technologies, and hope for a more just future.

OpenDNA is a platform that uses artificial intelligence to build personal profiles to help companies create a service that is truly unique to the individual consumer. Jay Shah, the company’s CEO, is a lifelong entrepreneur who has been building companies all across the world.

In the latest episode of “The Story of You” Shah explains why he took the company public at a very young stage, lessons learned from years of entrepreneurship. Plus, he gives us a unique insight into the startup scene in his home city of Nairobi, Kenya.